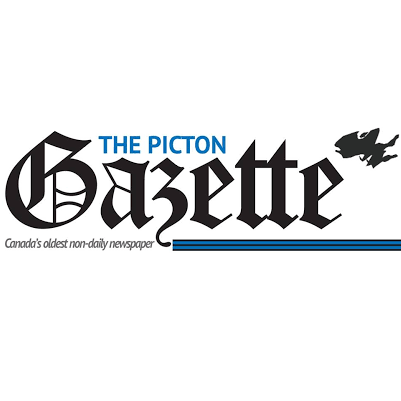 A hallowed and historic haunt in Picton is getting a dose of 21st century technology for the benefit of all local library users.

The Prince Edward Lennox & Addington Community Futures Development Corporation (PELA CFDC) called local leaders and the media to the 112-year-old Picton Branch of the Prince Edward County Library Friday to unveil three pieces of state-of-the-art technology that will help the library be a leader in communal creation space.

The Andrew Carnegie-era institution has added a new 3D printer and a range of tools to its expanding Makerspace thanks to federal funding through PELA CFDC.

The expanded suite of programming comes at a time when libraries are positioning themselves as places to tinker, invent, and create.

The 3D printer prints using a biodegradable, plant-based filament that is available in several colours. Users can download creations from online databases or can create their own with the help of Library staff. The printer is capable of printing two different materials simultaneously, including a water-soluble filament that can be used to support complicated and detailed prints.

Similarly, the library has acquired an embroidery machine that can be used to create custom designs and patterns.

The local library is investing in next-generation equipment and technology that will inspire community members, particularly youth, to get involved in hands-on learning STEAM opportunities and staff member Julie Lane gave a brief overview of each device stating the 3D Printer, which has been operation at the branch for a period of time, is extremely user friendly.

She explained a member of the public came to the library with an issue where a plastic piece of a shower door handle had broken with the alternative being suggested was to by an entire new door. “For the cost of $2.50, he was able to make a replacement piece for the door,” Lane explained. “The range for this piece of equipment is very, very wide.”

A vinyl cutter used in the production of signage is another piece of technologically-advanced equipment the library has had running at the branch to great success.

Finally, the Deremel unit hasn’t been installed as of yet and will remain the final piece for the newly renovated Makerspace as the device requires external ventilation.

“I didn’t want to go and start poking holes in the wall just yet,” Lane said with a laugh.

Bay of Qunite MP Neil Ellis said Canada’s libraries have always been places that make learning fun and when there’s a chance to learn with others who have shared interests, that activity brings the  community closer together.

He added these devices will assist the innovation thrust that’s been taking place by way of new-tech companies setting down local roots.

“This is about innovation and you look at what’s going on in Prince Edward County right now, it’s leading the way in innovation and these devices are going to help in that,” Ellis said.”For a Library of this size to have this type of equipment is very fortunate. This really puts the Picton branch on the map.”

Head Librarian Barbara Sweet thanked PELA CFDC and MP Ellis for the funding of $8,855 which allowed the library to purchase the devices and support materials.

Sweet said while ensuring free access to written books and materials would remain the key mandate of the Prince Edward County Library System, technology has quickly developed into a key component of library offerings and operations.

The Library’s IT department has developed tutorials and programs based around the equipment on display Friday and the interest these devices have already garnered indicate a clear indicator of the intellectual curiosity that abounds in Prince Edward County.

“We are currently engaged in a capital campaign for branch expansion that will see our Makerspace grow not only in scope with this equipment but also in square footage. The board and volunteers have been involved in these efforts for over a year and to have the local MP take the time to acknowledge our efforts is a boost we all appreciate,” Sweet said.

County of Prince Edward Mayor Steve Ferguson also took time to thank the federal government and Community Futures group for granting the funding and said these devices set this branch apart from others similar sized-branches across Ontario.

“Having these devices available for use by people with interest in STEAM disciplines and create and learn in a municipality like Prince Edward County is quite remarkable. The collaboration from the federal government and PELA has led to this and I can’t thank those parties enough. This is a great contribution to our community.” the Mayor said.

Chair of PELA CFDC Angela Miller added that collaborations between federal programs and local public resources like  in places like Prince Edward County are vitally important of residents in rural Ontario.

And enhancement of municipal libraries was something that can inspire Canadians of all ages.

“Libraries are important spaces that are capable of inspiring wonder and igniting passion,” Miller said. “Look at a young person with a book and you will know the kind of passion libraries can instil.”