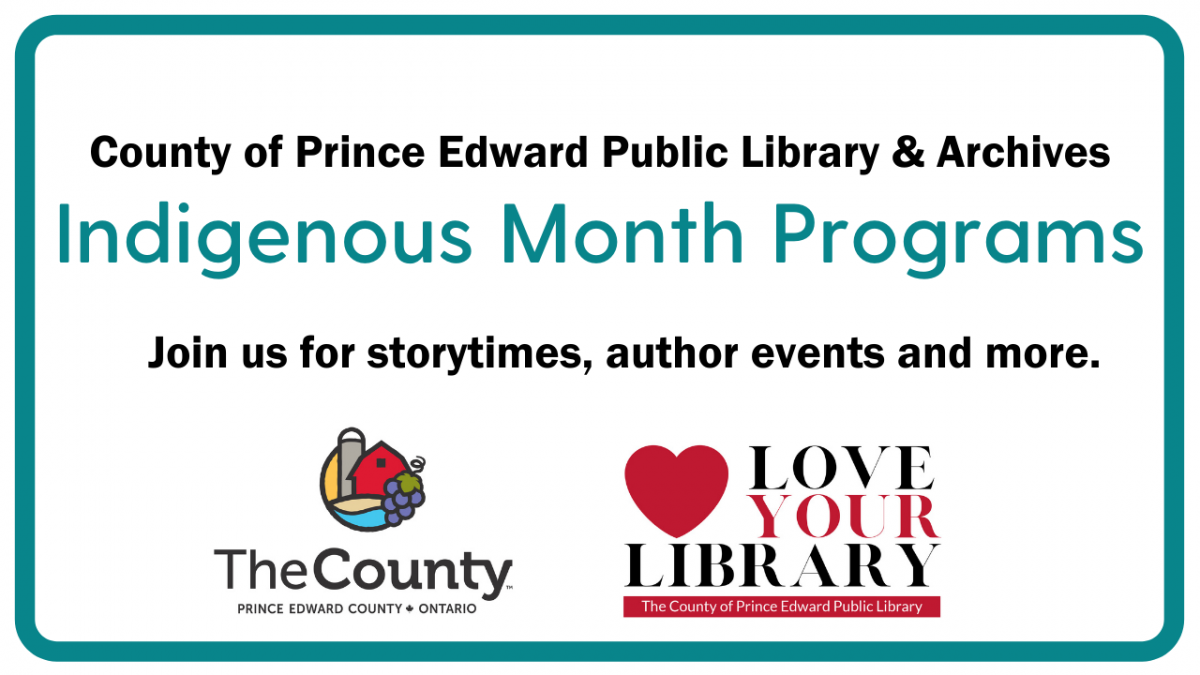 Minecraft
Two sessions: every Wednesday in June at 4:30 PM and every Thursday in June at 4:30 PM. Explore the Anishinaabe Nation using Manito Ahbee Aki, the world’s first Anishinaabe community built in Minecraft. Manito Ahbee Aki transports students back in time to Manitoba as it existed prior to European contact in North America. Live amongst the Anishinaabe Peoples in order to learn and understand how they thrived on this land together while living in harmony with Mother Earth. Click HERE to register.

Gaming Computer
Borrow a laptop and play Indigenous games recommended by the CBC. For more information or to reserve, call (613) 476-5962.

Chef David Wolfman
Thursday, June 24, at 2:00 PM.
Chef David Wolfman will share a look at Indigenous culture through food. First Nations Chef David Wolfman is an internationally recognized expert in traditional Indigenous cuisine, a Culinary Arts Professor at George Brown College of Applied Arts and Technology in Toronto, Canada, a cooking television show Executive Producer and Host, and co-author of the award-winning cookbook Cooking with the Wolfman: Indigenous Fusion. Click HERE to register. Sponsored by the County of Prince Edward.

Darrel J. McLeod
Wednesday, June 30, at 2:00 PM.
Darrel J. McLeod is the author of Peyakow and Mamaskatch, which received the Governor General’s Literary Award for Nonfiction. He is Cree from treaty eight territory in Northern Alberta. Before deciding to pursue writing in his retirement, McLeod was a chief negotiator of land claims for the federal government and executive director of education and international affairs with the Assembly of First Nations. He holds degrees in French literature and education from the University of British Columbia. He lives in Sooke, British Columbia. This talk will be moderated by Councilor Bill Roberts. Click HERE to register. Sponsored by the County of Prince Edward.