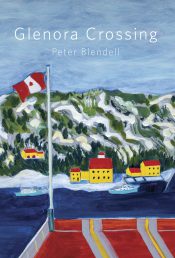 Peter Blendell is the author of Glenora Crossing (2017), Jonagold (a novel), Moonlight (a story for spoken word), and has made two short films. He’s written about film and visual art for various publications and blogs, including Canadian Art, Wildflowers magazine, and Cinefest Picton. He lives in Milford, Ontario.

1. What are you reading? 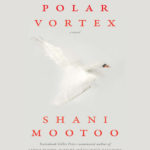 I’m reading ‘Polar Vortex‘, by Shani Mootoo, as well as the manuscripts for some upcoming books by Cressy Lakeside Books authors. ‘The Sevens’ is the working title of a project by Shelagh Mathers. Crown Attorney Augie de Graaf is back in action, and there is lots of action as she investigates a murder at a lab, here in the County. ‘A Murder of Crowes’, by Laurie Scott, also features the return of a popular character. Lily Mullaly (the wrongly convicted writer from ‘In Like A Lion’) becomes involved in the job of exposing a tangled family history. Both great characters and Cressy looks forward to releasing these titles, hopefully later this year. 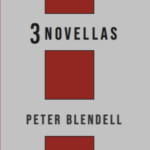 2. What are you writing?

I’ve just finished my latest project, ’Three Novellas’, and am slowly getting the next novel off the ground. Stay tuned. 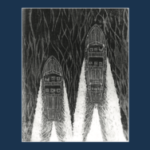 3. What are you recommending?

I recommend ’The Lake Pirates’, by J.D. Carpenter. It also involves the return of a popular character — newspaperman Joe Horn — and tells the story of Joe’s working visit to an island (in the County) and his suspicions that a murder took place there in the past. Great read — it will be released by Cressy sometime in May.