Using lemons to make lemonade took on a whole new meaning at the Picton Branch of the Prince Edward County Library on Friday as one of its smallest-but-mightiest supporters had the distinct honour of breaking ground on the $2.8 million expansion.

A ground-breaking ceremony was held at the rear of the Picton Branch where, in 18 months time, a state-of-the-art expansion of the Carnegie-era library that will provide space for an expanded collection, meeting rooms, improved accessibility, family-friendly washrooms, quiet study space, storage space and dedicated space to use equipment for anything from 3D printing, to embroidery. A new balcony will bring a multi-purpose space for meetings, events and daily use. 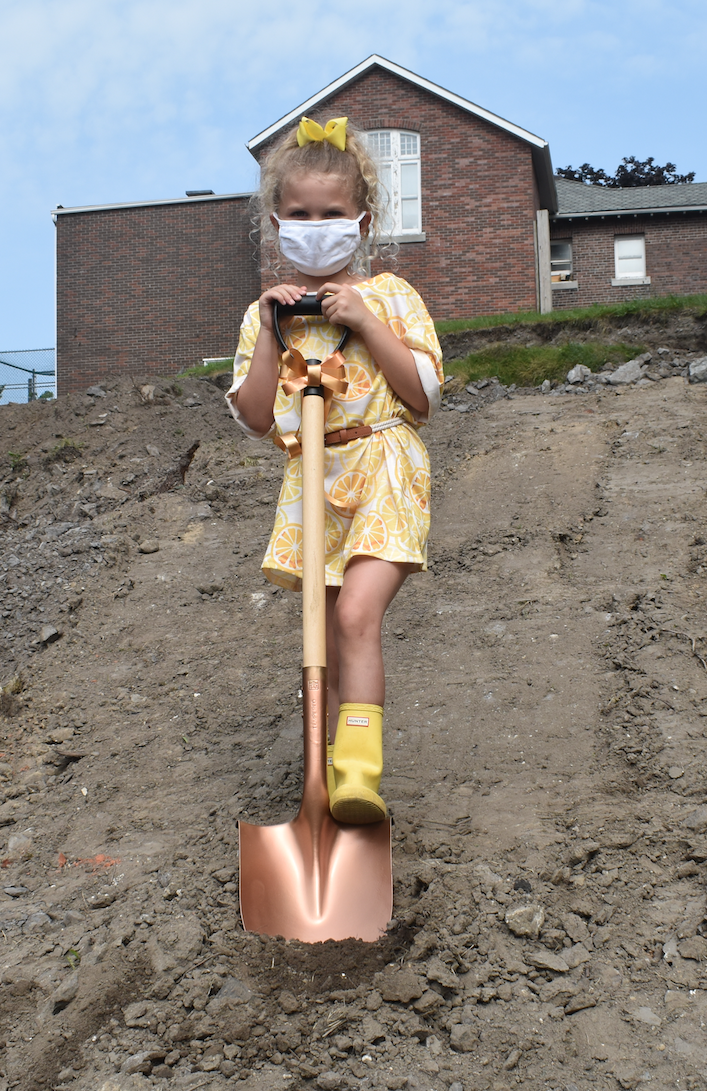 In total, the expansion will double the square footage of the library.

Dahlia Donovan, 6,  of Northport whose fundraising lemonade stand contributed to the project was chosen to do the ceremonial “first dig.” Her raspberry-flavoured lemonade stand in Bloomfield raised better than $500 for the Love your Library campaign.

Members of the Library Board and the Love Your Library fundraising committee thanked Donovan and all the contributors that have helped make the dream of a much-needed expansion a reality.

“We are thrilled to have shovels in the ground and be taking a big step forward toward providing the Prince Edward County community with enhanced library services through the expansion and renovation of the Picton branch. Keep an eye on our progress at loveyourlibrary.ca. We are so grateful for your continuing support to make this possible,” said Devon Jones, library board chair.

The expansion of the Picton Branch Library will double the square footage of the library and Architect Brian Clark and contractor Peter Knudsen of K. Knudsen have already been on site making the necessary preparations.

According to a press release from Library staff, COVID-19 has underscored many of the limitations already identified in the current building, including crowded conditions and inadequate washrooms.

The expanded library will include an enhanced collection, meeting spaces, and quiet study areas and it’s expected all branches of the library will benefit from the new programs and resources.

“A long-awaited day. I am so delighted that the shovel has hit the ground on the Picton Library Expansion. It is the next step in our journey, and a tangible step in bring the dream to life. We could not have got this far without the unwavering support of all the library patrons and friends who have given so generously to make this project come to life,” added Alexandra Bake, fundraising chair.

The project is expected to take 18 months.