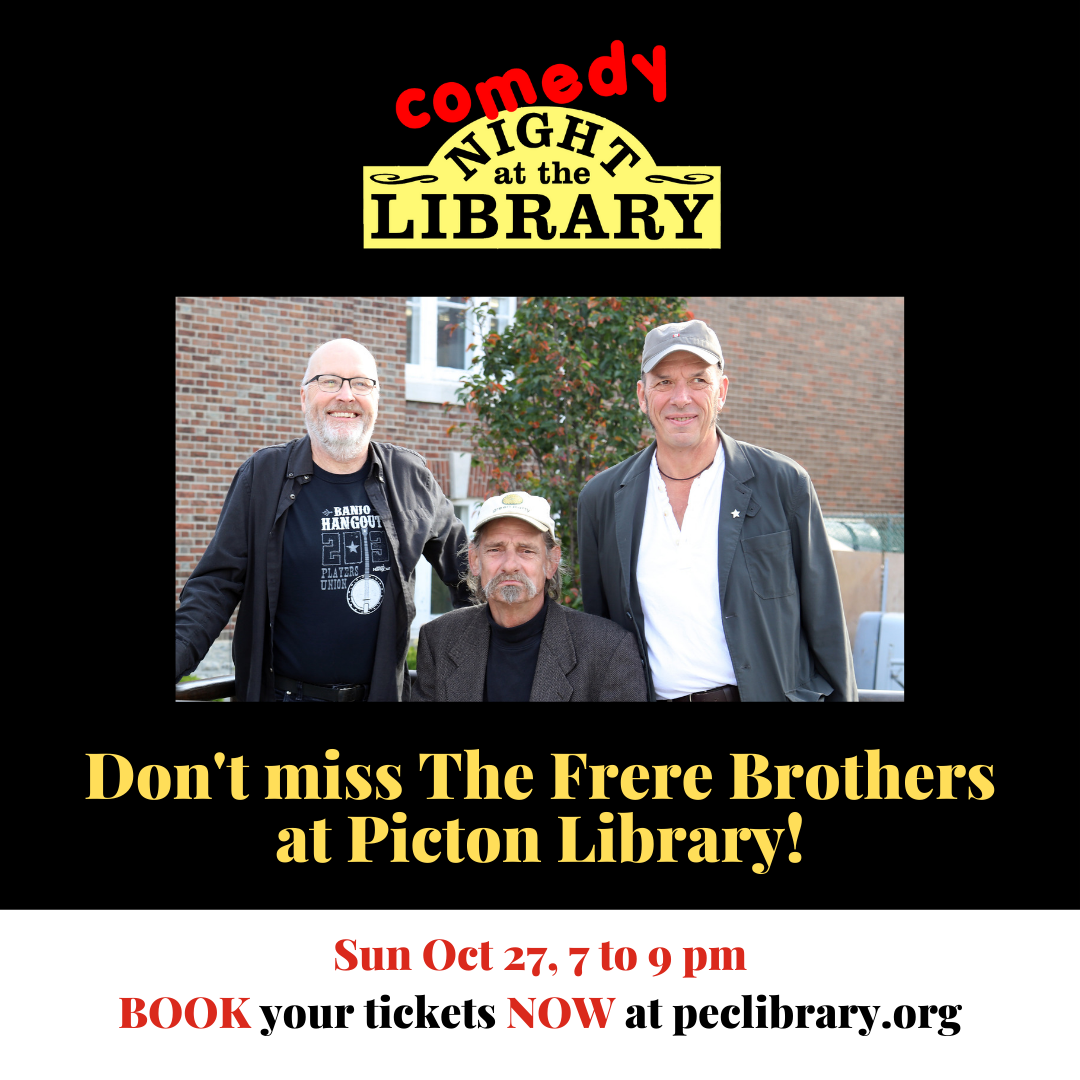 Get ready to LOL. Taste That! The County’s Artisanal Comedy Troupe and The Frere Brothers are teaming up for one night only on Sunday, October 27th from 7 to 9 pm. Picton Library stacks are going to roll with laughter and library love.

The hilarious Taste That! crew and Jack Frere, Sonny Lematina and Ding Dang Dong aka The Frere Brothers are lending their side-splitting talents to “Comedy Night At the Library”, the second annual Picton Library fundraiser, held after hours in the historic Carnegie building on Main St, Picton.

It’s a not-to-be-missed night of laughter and community! Featuring wine from Casa-Dea Estates Winery and cider from Crimson Cider Company, guests will also enjoy tasty locally made snacks and desserts.

Wherever you live in Prince Edward County, 208 Main Street, Picton is the physical hub that connects all six branches of the Prince Edward County public library system. The new Picton Library will directly connect a gift made today with future generations of County library users.

Time runs out to double your library love when the clock strikes midnight on Thursday, October 31st. Make a donation at any of the six Prince Edward County libraries in person, online or buy a ticket to “Comedy Night” at peclibrary.org.