Watch five County residents defend their chosen books! Vote for your favourite after the debate. The winner will be announced at the evening's finale. Moderated by Ken Murray.

⚠️ Due to rising Covid cases in our community, The County Reads committee has made the decision to move to a fully virtual event.

If the ticket form is not displaying correctly, please click HERE.

The Naked Don't Fear the Water by Matthieu Aikins

On Foot to Canterbury by Ken Haigh

The Golden Tresses of the Dead by Alan Bradley

Days by Moonlight by André Alexis

Presented by Leigh Nash
Back to top 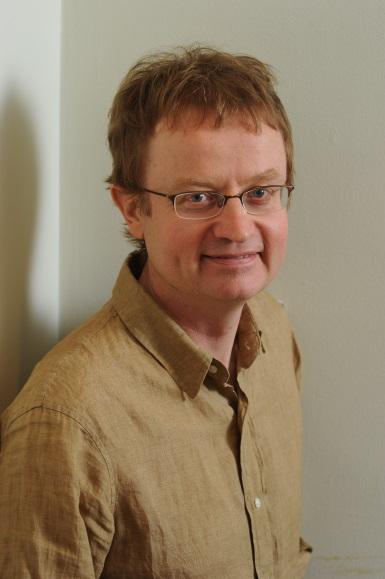 Born in Toronto in 1963, Robert Hough knew he wanted to become a writer back in high school. After graduating in 1985 from the Queen’s University, where he wrote satirical articles for the arts paper, Hough worked briefly in advertising before becoming a journalist. For about a dozen years, he wrote for such magazines as Toronto Life and Saturday Night before turning to books. Hough’s first book was originally intended to be a biography of Mabel Stark, a promiscuous and ribald 1920s lion tamer for Ringling Brothers Circus. Due to a general lack of documentation on Stark, Hough decided to write a novel instead. Published to rave reviews in 2001, The Final Confession of Mabel Stark was shortlisted for both the Commonwealth Writers’ Prize for Best First Book and the Trillium Book Award and was sold into the US, the UK and at least twelve other countries. It is currently in development for a major motion picture starring Kate Winslet in the role of Stark.

The Marriage of Rose Camilleri
After locusts ravage Gozo, the tiny Maltese island where Rose Camilleri grew up, she decides to follow the example set by her five older siblings, and leave. After joining her politically committed aunt in a large, North American city, she meets Scotty, an ex-convict who is struggling to put his life back together. Following a torrid affair that results in pregnancy, eighteen-year-old Rosie reluctantly accepts Scotty’s proposal of marriage. Over the next twenty-five years, during a union marred by infidelity, borderline poverty, criminality, drug usage, two high-strung children and, perhaps worst of all, long stretches of boredom, Rosie manages to do something that she once doubted was possible: she falls in love with her own husband. 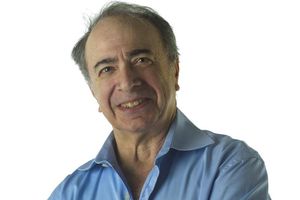 Michael Posner is an award-winning writer, playwright, and journalist, and the author of nine previous books. These include the bestselling Mordecai Richler biography The Last Honest Man, and the Anne Murray biography All of Me, as well as the first two books in the Leonard Cohen, Untold Stories series, The Early Years, Vol. 1 and From This Broken Hill, Vol. 2. He was Washington Bureau Chief for Maclean’s magazine, and later served as its national, foreign, and assistant managing editor. He was also managing editor of the Financial Times of Canada for three years. He later spent sixteen years as a senior writer with The Globe and Mail (Toronto).

Leonard Cohen, Untold Stories. Volume 2, From This Broken Hill
The second volume of the extraordinary life of the great music and literary icon Leonard Cohen, in the words of those who knew him best. Poet, novelist, singer-songwriter, artist, prophet, icon—there has never been a figure like Leonard Cohen. He was a true giant in contemporary western culture, entertaining and inspiring the world with his work. From his ground-breaking and bestselling novels, The Favourite Game and Beautiful Losers, to timeless songs such as “Suzanne,” “Dance Me to the End of Love,” and “Hallelujah,” Cohen is one of the world’s most cherished artists. His death in 2016 was felt around the world by the many fans and followers who would miss his warmth, humour, intellect, and piercing insights. 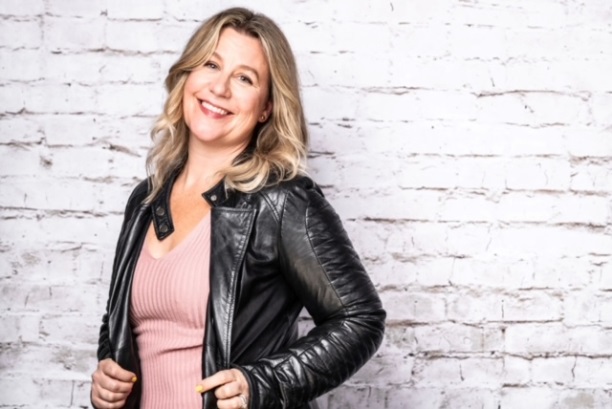 Marissa Stapley is the New York Times and national bestselling author of Lucky, the first Canadian Reese’s Book Club Pick. She is also the author of the bestselling books The Last Resort, Things to Do When It's Raining, and Mating for Life. Her journalism has appeared in newspapers and magazines across North America. She lives in Toronto with her family. Visit her at MarissaStapley.com or follow her on Instagram and Twitter @MarissaStapley.

Lucky
What if you had the winning ticket that would change your life forever, but you couldn’t cash it in? Lucky Armstrong is a tough, talented grifter who has just pulled off a million-dollar heist with her boyfriend, Cary. She’s ready to start a brand-new life, with a new identity—when things go sideways. Lucky finds herself alone for the first time, navigating the world without the help of either her father or her boyfriend, the two figures from whom she’s learned the art of the scam.

When she discovers that a lottery ticket she bought on a whim is worth millions, her elation is tempered by one big problem: cashing in the winning ticket means she’ll be arrested for her crimes. She’ll go to prison, with no chance to redeem her fortune. As Lucky tries to avoid capture and make a future for herself, she must confront her past by reconciling with her father; finding her mother, who abandoned her when she was just a baby; and coming to terms with the man she thought she loved—whose dark past is catching up with her, too.

This is a novel about truth, personal redemption, and the complexity of being good. It introduces a singularly gifted, multilayered character who must learn what it means to be independent and honest ... before her luck runs out. 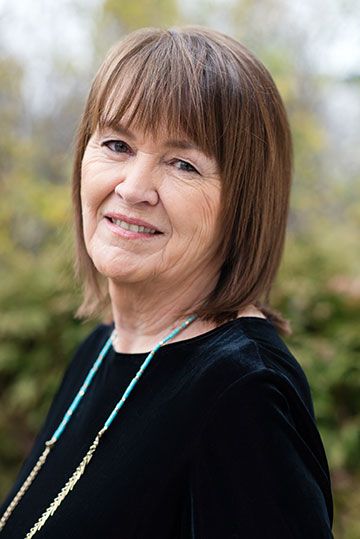 Rosemary Sullivan, the author of fifteen books, is best known for her recent biography Stalin’s Daughter. Published in twenty-three countries, it won the Biographers International Organization Plutarch Award and was a finalist for the PEN /Bograd Weld Award for Biography and the National Books Critics Circle Award. Her book Villa Air-Bel was awarded the Canadian Society for Yad Vashem Award in Holocaust History. She is a professor emeritus at the university of Toronto and has lectured in Canada, the U.S., Europe, India, and Latin America.

The Betrayal of Anne Frank A Cold Case Investigation
Using new technology, recently discovered documents and sophisticated investigative techniques, an international team—led by an obsessed former FBI agent—has finally solved the mystery that has haunted generations since World War II: Who betrayed Anne Frank and her family? And why?

Over thirty million people have read The Diary of a Young Girl, the journal teen-aged Anne Frank kept while living in an attic with her family in Amsterdam during World War II, until the Nazis arrested them and sent Anne to her death in a concentration camp. But despite the many works—journalism, books, plays and novels—devoted to Anne’s story, none has ever conclusively explained how the Franks and four other people managed to live in hiding undetected for over two years—and who or what finally brought the Nazis to their door.

With painstaking care, former FBI agent Vincent Pankoke and a team of indefatigable investigators pored over tens of thousands of pages of documents—some never-before-seen—and interviewed scores of descendants of people involved, both Nazi sympathizers and resisters, familiar with the Franks. Utilizing methods developed by the FBI, the Cold Case Team painstakingly pieced together the months leading to the Franks’ arrest—and came to a shocking conclusion. Born in Saigon in 1968, Kim Thuy left Vietnam with the boat people at the age of ten and settled with her family in Quebec. A graduate in translation and law, she has worked as a seamstress, interpreter, lawyer, restaurant owner, media personality and television host. She lives in Montreal and devotes herself to writing. Kim Thuy has received many awards, including the Governor General’s Literary Award in 2010, and was one of the top 4 finalists of the Alternative Nobel Prize in 2018. Her books have sold more than 850,000 copies around the world and have been translated into 29 languages and distributed across 40 countries and territories.

Em
Kim Thuy's Em is a virtuosic novel of profound power and sensitivity, and an enduring affirmation of the greatest act of resistance: love. In the midst of war, an ordinary miracle: an abandoned baby tenderly cared for by a young boy living on the streets of Saigon. The boy is Louis, the child of a long-gone American soldier. Louis calls the baby em Hong, em meaning "little sister," or "beloved." Even though her cradle is nothing more than a cardboard box, em Hong's life holds every possibility.

Through the linked destinies of a family of characters, the novel takes its inspiration from historical events, including Operation Babylift, which evacuated thousands of biracial orphans from Saigon in April 1975, and the remarkable growth of the nail salon industry, dominated by Vietnamese expatriates all over the world. From the rubber plantations of Indochina to the massacre at My Lai, Kim Thuy sifts through the layers of pain and trauma in stories we thought we knew, revealing transcendent moments of grace and the invincibility of the human spirit. 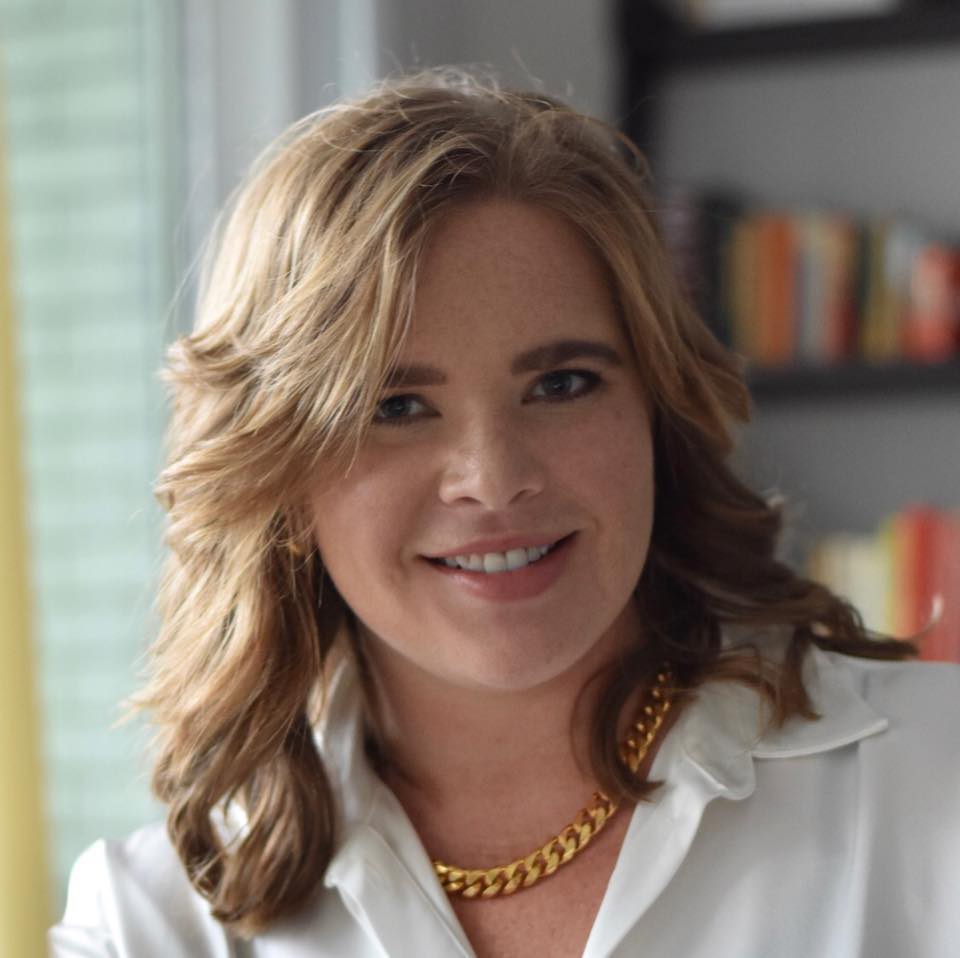 Bryn Turnbull is a writer of historical fiction with a penchant for fountain pens. Equipped with a master's of letters in creative writing from the University of St. Andrews, a master's of professional communication from Ryerson University and a bachelor's degree in English literature from McGill University, Bryn focuses on finding stories of women lost within the cracks of the historical record. She lives in Toronto.

Last Grand Duchess
This sweeping novel takes readers behind palace walls to see the end of Imperial Russia through the eyes of Olga Nikolaevna Romanov, the first daughter of the last tsar.

Grand Duchess Olga Romanov comes of age amid a shifting tide for the great dynasties of Europe. But even as unrest simmers in the capital, Olga is content to live within the confines of the sheltered life her parents have built for her and her three sisters: hiding from the world on account of their mother’s ill health, their brother Alexei’s secret affliction, and rising controversy over Father Grigori Rasputin, the priest on whom the tsarina has come to rely. Olga’s only escape from the seclusion of Alexander Palace comes from the grand tea parties her aunt hosts amid the shadow court of Saint Petersburg—a world of opulent ballrooms, scandalous flirtation, and whispered conversation.

But as war approaches, the palaces of Russia are transformed. Olga and her sisters trade their gowns for nursing habits, assisting in surgeries and tending to the wounded bodies and minds of Russia’s military officers. As troubling rumors about her parents trickle in from the front, Olga dares to hope that a budding romance might survive whatever the future may hold. But when tensions run high and supplies run low, the controversy over Rasputin grows into fiery protest, and calls for revolution threaten to end three hundred years of Romanov rule.

At turns glittering and harrowing, The Last Grand Duchess is a story about dynasty, duty, and love, but above all, it’s the story of a family who would choose devotion to each other over everything—including their lives.

Join Hannah Mary McKinnon, best-selling author of Never Coming Home, You Will Remember Me, and more, for an interactive workshop on plotting followed by a Q&A session and the opportunity to talk about publishing and the writing process. Presented online via Zoom.