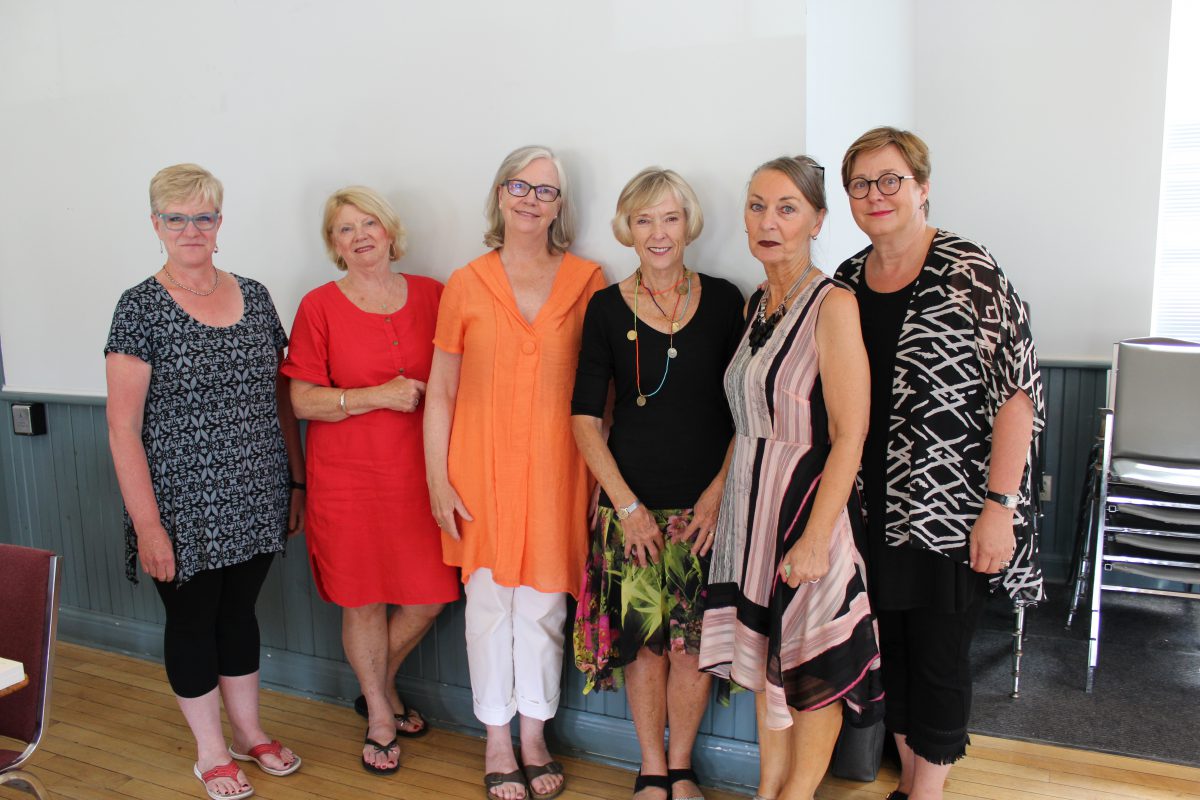 Acclaimed Canadian historian and writer Charlotte Gray filled the Picton Town Hall this week, speaking in support of the Picton Library Expansion. Her talk was focused on her book, The Promise of Canada in which she asks “What does it mean to be a Canadian? What great ideas have changed our country?” Gray also discussed Canada’s sesquicentennial, the Canada 150 celebrations that many undertook in 2017. After an interesting talk, she opened the floor to questions and discussions with the audience.

Thank you to Charlotte Gray for contributing her time and participating in our fundraising. The Library surveyed our patrons earlier this year and her name was the most frequently requested, so we were thrilled she was able to come.

After the event, members of the fundraising committee were able to stop for a photo. Pictured, Amy Shubert, Marlene Fraser, Janet Aston, Charlotte Gray, Barbara Sweet and Alexandra Bake.